Many people think that this method is not a way to make money, yet there are games that are of high quality that do JUST THAT! This allows developers to focus on making a great game and charge a single fee. This is great as an Indie Dev strategy when just starting out if you have a solid list of people who you know who would support your development OR an incredible IP that players love. Take Square Enix and the whole Final Fantasy line which they charge a solid amount upfront (Here in Canada the Final Fantasy games are around $10.99-$20.99 CAD on the Apple App Store). If you have a strong brand or a solid following of users who are willing to support you, then this may be a great starting point. So many devs skip this because its not ‘Popular’ however don’t throw it out as a strategy of monetization when starting out as it could easily make you money if you have a solid IP or following of users to back you up. Maybe you use to make physical board games and own a certain IP and fan following. This has been done before and we’ve seen games get resurrected to life in the digital world because their creators decided to make an app. The point here is that FREE is not always the best solution.

This specific model is where a player pays an upfront amount to get the game and THEN pays again for various upgrades inside the game. Several games feature this model and though it is an aggressive monetization strategy it can work in some games and situations.

This specific model is where a limited version of the game is available. Now many of the markets no longer support this anymore as they want IAP models of your game where a user can download the game for free and unlock via IAP (In-App Purchase). The Lite/Pro model does work well for Utility style non-game apps or PRICEY games in which users are not sure if they will like the game. Think of this as the “Shareware” model of games.

Free models specifically focus on a FREE download and monetization done via external methods. For example a restaurant may want a ‘restaurant’ game in which players can play and win all kinds of prizes like 25% off their meals. This in turn translates to more customers for their business who frequent their stores more. Big brands use a model like this just to gain an increase to brand awareness and thus increase their overall physical product sales.

This model allows the user to download the game for free, but then monetizes via several variations. I will break them down here as subsets of the Free to Play (F2P) model:

a. Ads => Users are shown ads in exchange for some item in the game or at the end of a level or on game pause.

b. Virtual Currency Layer 1 (HARD): This is a direct virtual currency, also known as a HARD currency which directly relates to physical dollars being spent. Ex. 500 Gold coins could cost me $1.99 USD. Thats a HARD currency because it relates to REAL WORLD MONEY.

c. Virtual Currency Layer 2 (SOFT): Soft currencies are secondary layer currencies that are bought via first layer currencies. For example using the GOLD from the previous hard currency example, I may be able to buy 10 orbs where ORBS in this case would be the soft secondary currency which I can in turn use to buy other items. Ex. 1 Shield could cost 2 Orbs. 2 Orbs costs 300 gold. 300 gold costs $1.49 USD

The F2P Model is always being advanced the most with new methodologies all the time. It is generally the most popular of all the monetization strategies and has a very solid following in the game world. The challenge arises in VIRTUAL ECONOMY balancing so that you dont overprice or under price things in relation to their Virtual Currency Layers. Ex. If you make something easy to buy, players may only need to buy it once when you may have intended for that item to be purchased more often.

This specific model is where players pay a monthly fee to have access to premium features. This monetization method is starting to become more and more popular as it gives devs a consistent monthly revenue and thus is being heavily invested in by many. If you choose this method make sure you have a solid value proposition for your game players to justify their monthly fee or else they will easily cancel the subscription.

This model is similar to the Subscription model except that it has an additional trial period. Players are given X amount of days of PREMIUM access to get a taste of things. This is similar to the Lite/Pro model or ‘Shareware’ style model.

Here is a little info-graphic I made a while back which has several of the methods above: 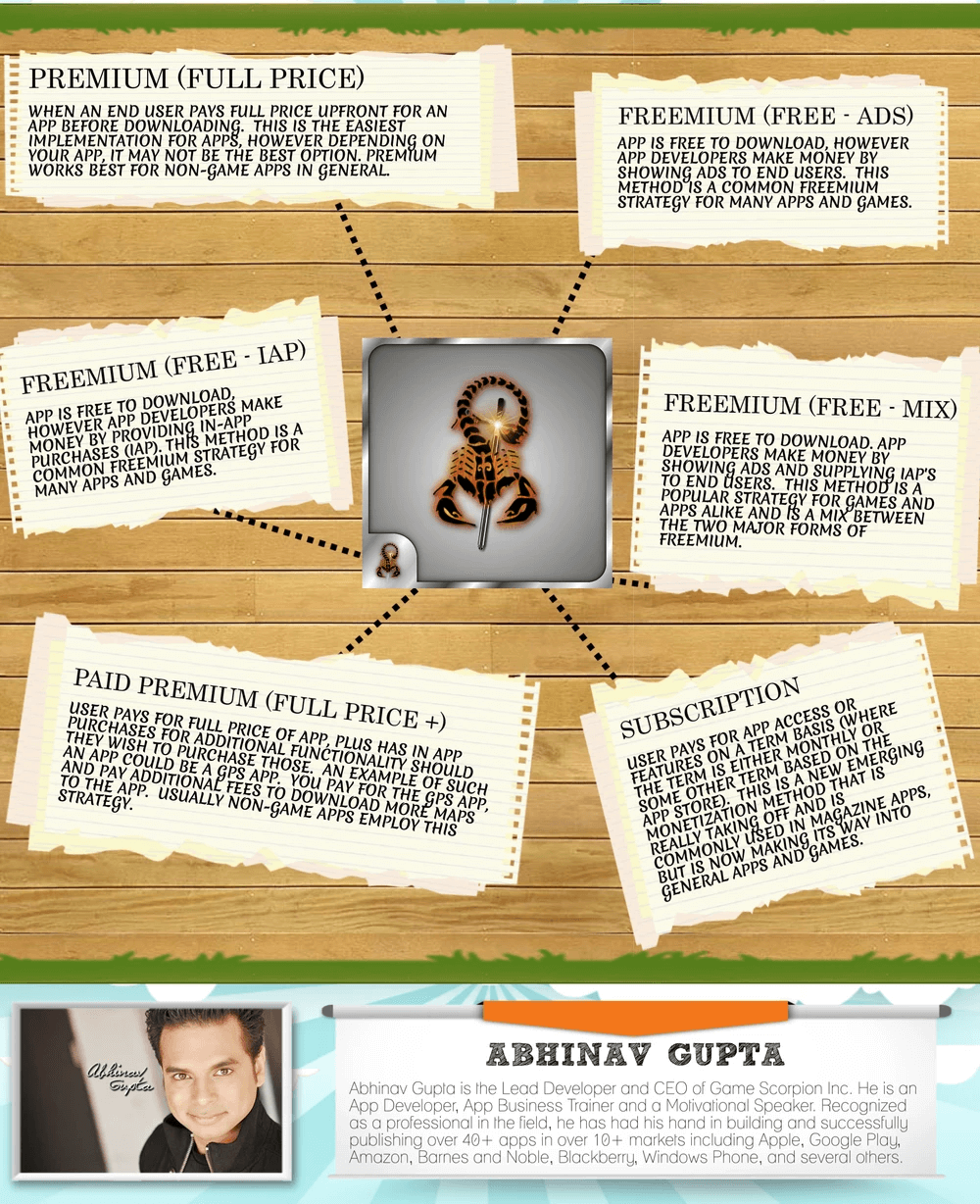 I am going to walk you through how to setup git command line on a new unity project :) If you're... read more